Do you need space for a large group of travellers or several single bedrooms? In the newly established Kaiser-Etage we offer 5 separate bedrooms on 180m²… 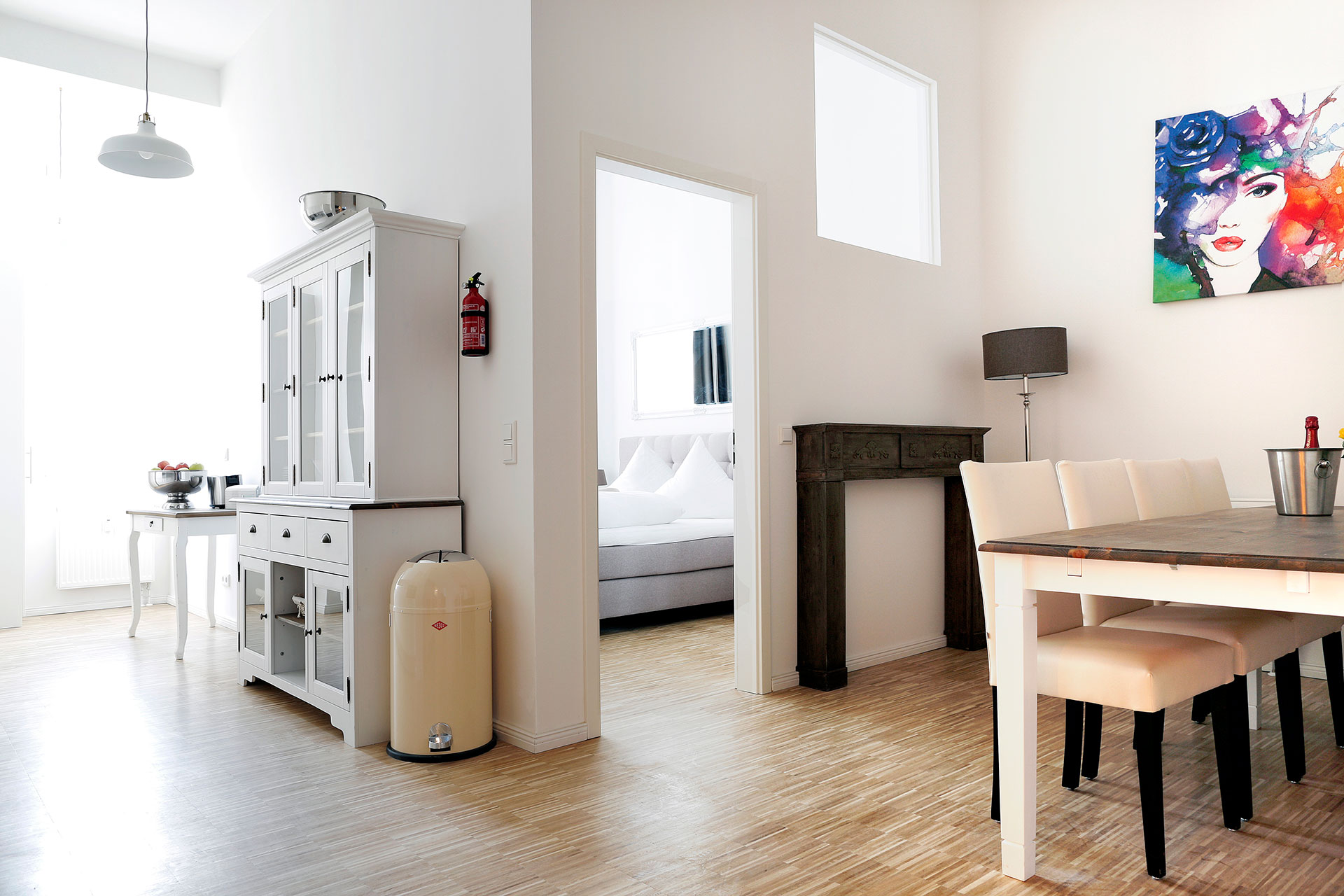 Step into a large apartment with sophistication: The two wings of the apartment can be entered via 2 separate apartment entrances, which are connected by a connecting door on the inside. This means that a large group can live together continuously, but apart from the possibility of retreating into the separate 5 bedrooms, it can also be divided into 2 separate housing units.

Each bedroom has a king-size box spring bed of the highest quality, as is our standard. In addition, up to 4 sofa beds can be prepared, so that either 10 single or up to 18 double berths are available. Besides the luxury of 2 fully equipped kitchens and 2 adjoining living/dining rooms, there are 3 new high quality bathrooms with shower.

The building was completed in 2017 according to the most modern standards and has, among other things, an elevator and 2 large balconies to the quiet inner courtyard and the Lietzensee. The apartment is on the 3rd floor.

Are you here on business and need a spacious apartment near Messe Berlin? Our apartment is only 2,5km away. This apartment can also be combined with other apartments in the same building for larger groups, please ask us!

Would you like to discover the capital of Germany as a family or a larger group? The apartment is located near Charlottenburg Palace, the Deutsche Oper Berlin and the Olympic Stadium. The central point of the City West around the Zoologischer Garten is reached in only 4 underground stations, which is less than 5 minutes by car…via the line U2 you also have a direct connection to Potsdamer Platz – it couldn’t be more comfortable…For those who also need a bit of greenery in the city, we recommend the beautiful park of Charlottenburg Palace, and the Lietzensee is already opposite your apartment, also inviting you to stay.

There are several supermarkets within a radius of 500 metres for everyday life, and the restaurants in the side streets, including the Osteria Ferrari, are also recommended.

Best conditions how to get around…

Select arrival and departure. If the apartment is available, the price will be displayed and you can book it directly.
If you have any questions, please use our form.

Your question about the apartment

We are looking forward to your inquiry!